Much has been made of the ability of congregations to leave The United Methodist Church with their property through a negotiated settlement with their annual conference. Some bishops are saying that the Book of Discipline already provides an exit path for congregations desiring to leave, and that no further provisions for exit are needed. (For Discipline nerds, they are referring to ¶ 2548.2, which allows an annual conference to instruct local church trustees to deed church property to an “evangelical denomination under an allocation, exchange of property, or comity agreement.”)

Some point to the example of two large churches in Mississippi and one in Eastern Pennsylvania that were able to negotiate withdrawal for the payment of one year’s apportionments. What all three churches had in common was a high level of debt, which the annual conference was unable financially to assume. The annual conference then had basically no choice but to allow the congregations to leave with their buildings.

Recent events have shown that such a “gracious exit” will not be allowed for most churches seeking to leave the denomination under current rules, particularly if they are a typical, average-sized congregation.

First United Methodist Church of Louisville, Mississippi, voted in March by a margin of 175-6 to leave the denomination. In May, the conference announced it was going to keep the church buildings and appoint a new pastor to preserve a congregation in Louisville. As a result, the congregation has sued the conference and won a temporary restraining order to keep doing ministry in the building. The dispute will now go through a court process to determine whether the congregation can keep its building while departing from the denomination. The church’s pastor, the Rev. Mike Childs, has a long record of effective service and was a current General Conference delegate. He has now surrendered his credentials. The fate of the Bevil Hills UM Church, yoked with Louisville First, has not yet been determined. That congregation’s 22 members voted unanimously to leave the denomination.

In an even more egregious example, Oakland United Methodist Church inCharles Town, West Virginia, voted in April by a margin of 81-16 to begin the process to leave the denomination. They sought negotiations with the Baltimore-Washington Conference of which they are a part. Instead, a district superintendent showed up unannounced in worship on Easter Sunday and demanded to read a letter from the bishop to the congregation rebuking them for their desire to leave, according to the co-pastor, the Rev. JoAnne Alexander. (Alexander is married to the Rev. Mike Tice and they serve the church as pastors together, although Tice was the only one appointed to the church.) One can only imagine the impact such a letter had on the celebration of Christ’s resurrection and the many visitors in the congregation who knew nothing of what was going on. So much for pastoral sensitivity on the part of the annual conference.

According to Alexander, the week after Easter, all of the church council members received a letter from the conference chancellor (lawyer) reminding them that the church property is held in trust for The United Methodist Church, that congregations are not free to leave, and that the annual conference “stands ready to take all appropriate steps, including the prosecution of civil judicial proceedings, to ensure that those principles are honored by all local church officers.” (Perspective was provided a copy of the letter.) The members of the church council read this letter to be a threat to sue them individually for their action to allow the congregation to begin a process to leave the denomination.

In early May, the bishop called Tice in for a meeting, stating that if he did not show up at the assigned time, he would be removed as pastor. Alexander told Perspective that Tice was accompanied by another elder who was not allowed to speak in the meeting. During the meeting Tice was summarily removed from his appointment and forbidden from setting foot inside the church building without the district superintendent being present. (Tice had retired earlier this year and hoped to serve in retirement until after the 2019 General Conference determined the future direction of the church.) 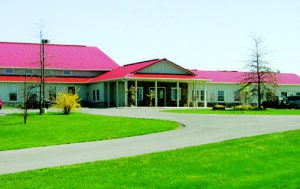 By the time that Tice had driven back to his home, the locks on the church were already being changed by the conference, and all leaders and members of the church were locked out of the building. According to Alexander, no one was allowed to remove any personal property. They were informed that the district superintendent would decide what items they were allowed to take out of the church, including many items made by church members for use in the church and the pastor’s personal property. Previously scheduled ministry events, including a regular Friday evening community dinner, had to be canceled.

Tice and Alexander (also an ordained elder), have served in ministry at the Oakland UM Church for 32 years. When Alexander began at the church, it had an attendance of 17. Before the recent conflict, attendance had risen to 250. However, in the last several years a number of families had left the church in response to the Frank Schaefer trial (where a United Methodist clergyperson was defrocked for performing a same-sex wedding, but then reinstated on appeal) and the fallout from the 2016 General Conference. The church building had been literally built by the parishioners themselves, but has now been taken from them.

The congregation, now called Oakland Community Church, has declined to sue the conference to keep its building. They believe it is more important to move on in ministry to the community. Its first worship service was at a funeral home, and nearly 100 people attended. Fittingly, the last article posted (from December) on the church’s United Methodist website was entitled, “True Love Means Sacrifice.”

These two examples demonstrate the need for a prescribed exit path in the Book of Discipline for congregations (whether liberal or conservative) who cannot in good conscience remain in The United Methodist Church. We simply cannot trust that the bishops and annual conferences will provide a way at all, let alone a gracious way, for churches that want to leave to keep their buildings and property.

It seems fair and reasonable to require congregations to pay their fair share of unfunded pension liabilities, since these liabilities are the result of the pastors who served each church down through the years. But it is unjust and unacceptable for annual conferences to hold congregations hostage to their buildings in order to force them to compromise their consciences.

That approach is morally questionable and it will only precipitate numerous legal conflicts that burn up millions of dollars that should be going toward the mission of the church. These heavy-handed tactics are symptomatic of a heart at war, not a heart of peace. And they demonstrate church leaders saying one thing, but doing another. It’s a good way to tear down what little trust remains in a denomination about to come apart at the seams.