The depth of disagreement within The United Methodist Church over marriage and human sexuality, and over the authority and interpretation of Scripture, means that it will be nearly impossible for all opposing groups to continue living together in the same church. No matter which plan passes General Conference in February (or if no plan passes), there will be some congregations and clergy who are unable to conscientiously live within the boundaries established by General Conference.

This awareness is what fueled the thinking of a majority of the Commission on a Way Forward (COWF), which from its very first meeting acknowledged that an exit path that allowed congregations to leave the denomination with their property should be a part of any plan the COWF submitted to General Conference. The concept of an exit path was included in all the sketches of the three plans submitted by the COWF to the Council of Bishops. A developed exit path was included with the Connectional Conference Plan and the Traditional Plan. However, the Council of Bishops acted to take out any exit path from the One Church Plan and the Connectional Conference Plan.

The need for annual conference approval dramatically limits the usefulness of the Traditional Plan exit path, as an annual conference could decide not to approve the exit and thereby force the local church to lose its property or else file suit against the conference in court. It is not a good witness for the church to be involved in hundreds of lawsuits over church property, which could be the result of such an outcome. It would be unconscionable for local churches and annual conferences to spend hundreds of thousands of dollars dealing with lawsuits-money that ought to be going toward the mission and ministry of the church. The Episcopal Church spent over $45 million at the national level (not counting what local churches spent) in order to preserve church property for the denomination.

A more streamlined exit path for congregations is needed that would apply equally to all the various plans that might be adopted. In agreement with a coalition of persons from West Ohio representing the broad theological spectrum, it would be best if General Conference adopted an exit path first before considering which plan to adopt. Such a step would help rebuild trust and lower anxiety in the church.

Is there already an exit path for congregations in the Book of Discipline?

Some bishops and some proponents of the One Church Plan claim there is already a way for local congregations to exit the denomination with their property. This is not exactly the case.

Under ¶ 2548.2, the annual conference may transfer the deed of a local church to “one of the other denominations represented in the Pan-Methodist Commission or to another evangelical denomination under an allocation, exchange of property, or comity agreement.” This would require the consent of the bishop, cabinet, district board of church building and location, and annual conference, in addition to the request of the local church.

Under ¶ 2549, the annual conference can close a church that “no longer serves the purpose for which it was organized or incorporated” (as a United Methodist congregation). The conference can then sell, lease, or otherwise dispose of the property, including selling it to the exiting congregation. This would also require the consent of the bishop, cabinet, district board of church building and location, and annual conference, in addition to the request of the local church. 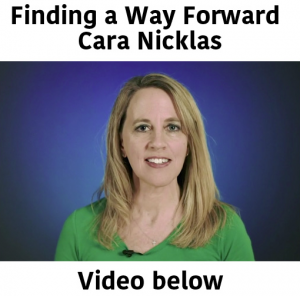 A consistent, straightforward exit path for local congregations that does not depend upon the approval of the annual conference needs to be part of the actions of the special General Conference in February.

Which exit path proposal does the Renewal and Reform Coalition support?

Five exit proposals have been submitted to General Conference for consideration. The Renewal and Reform Coalition can work with any one of three of them.

Petition 90058 Disaffiliation – Ottjes is the simplest and most straightforward of the three proposals. It has the advantage that it was passed by a legislative committee at General Conference 2016 before being referred to the COWF process. This petition needs to be amended to include the requirement that departing congregations pay the annual conference their fair share of unfunded pension liabilities, as well as add some technical language clarifying the process of implementation. This option would require at least 90 days of study and discernment by the local church, a 2/3 vote by the church conference, payment of pension liabilities, and the local church retaining all other assets and liabilities/debts.

Petition 90059 Disaffiliation – Boyette is the most acceptable of the three exit options. It already contains the pension liability and implementation language. A controversial provision would offset the local congregation’s share of unfunded pension liabilities with that congregation’s share of all undesignated reserves held by the annual conference and general church. This would lower the pension payment of the local church and require that a portion of the general church’s reserves be designated for pensions. This option would require at least 30 days of study and discernment by the local church, a 55 percent vote by the church conference or a 2/3 vote by the charge conference (leadership of the church), payment of pension liabilities, and the local church retaining all other assets and liabilities/debts.

Petition 90066 Disaffiliation – Taylor was developed by a group of people coming from a more moderate or progressive stance on the issues before us. It is a very thorough process for congregations to exit, but it has many more requirements, including some that could compromise a congregation’s ability to thrive in ministry after departure. It requires more extensive study involving the annual conference, payment of up to two years’ apportionments, repayment of any annual conference grants, payment of pension liabilities, and the local church retaining all other assets and liabilities/debts. This exit path would expire on December 31, 2023.

While the Taylor option is very comprehensive, it contains too many requirements that could burden the local church and make it difficult to thrive in ministry after disaffiliation. The process has too many ways where it could be unacceptably lengthened. It gives the annual conference and persons outside the congregation too much voice in determining the church’s future. It has an open loophole that would allow the annual conference to insert “poison pill” terms or conditions that would make it impossible for the church to keep its property.

The church would be better served by adopting either the Ottjes or Boyette exit path that is simpler and easier to implement, while vesting control of the church’s future in the local congregation. However, the Renewal and Reform Coalition has prepared amendments that would eliminate most of the objectionable requirements from the Taylor option, should it be the one chosen by the General Conference to work on.

The Brooks “Graceful Exit” (Petition 90051) would have only a one-year window for churches to withdraw. It would require payment of 50 percent of the church’s annual budget plus one year’s apportionments. It has no provision for funding unfunded pension liabilities. It also lacks some of the technical language necessary for implementation. The Coalition does not support this proposal.

The St. Marks UMC proposal (Petition 90056) provides only a two-year window for churches to withdraw. It would require approval of 2/3 of all local church members, not just those in attendance at a church conference. It would require repayment of all annual conference funds received by the local church in the previous two years, plus payment of two years’ apportionments. It also lacks some of the technical language necessary for implementation. The Coalition does not support this proposal.

Exit as a Way Forward

This is the kind of generous spirit the Renewal and Reform Coalition believes ought to govern our decisions regarding congregations that choose to exit from the denomination. They are our brothers and sisters. There ought not to be quarreling or lawsuits over property. We ought not try to coerce unwilling participation in a covenant that a congregation can no longer support. We can find enhanced unity in the church around a willing covenant of congregations interested in pursuing a common mission in a common way through shared beliefs and practices. Those who cannot conscientiously participate in that covenant should be released from it without penalty.

So far, only the supporters of the Traditional Plan are on record endorsing a gracious exit path that would be available to any congregation, whether progressive or traditionalist, to leave the denomination with their property. We should follow the Golden Rule and treat others in the way we ourselves would like to be treated. Here’s hoping the General Conference delegates will embrace a fair, consistent, and gracious path for congregations to exit with their property. The future peace of the denomination may depend upon it.