For United Methodists concerned about the future of our denomination, the current crisis revolves around a critical lack of accountability. For 45 years we have been part of a church where people have a variety of thoughts and opinions about theology and ethics, including whether same-sex marriage or the ordination of LGBT persons is contrary to God’s will. We are willing (even if not always eager) to continue having discussions with people whose viewpoint is different from ours.

But what really spurs distrust and disillusionment with our denomination’s leadership is when those charged with teaching and upholding the beliefs of The United Methodist Church simply ignore that responsibility and do what is “right in their own eyes.” We believe that our doctrines and ethics are arrived at and sustained by a process of holy conferencing, culminating in the decisions of the General Conference, which meets every four years as the only body able to speak for the entire United Methodist Church. To intentionally, knowingly, and publicly disobey or disregard the teachings and requirements thus arrived at, is an affront to who we are as United Methodists.

Such disregard has just happened in the West Ohio Annual Conference, once a bastion of evangelical thought and vital ministry. A committee on investigation has just nullified the most serious charges filed against one of the conference’s clergy, the Rev. David Meredith.

Meredith was under charges because of his being married to another man, a headline-gathering 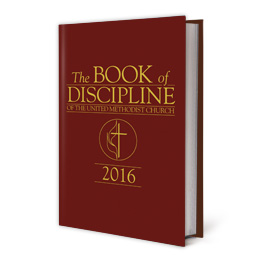 wedding that took place in his former parish in Cincinnati just three days prior to the 2016 General Conference. He has made no secret of his marriage, in fact publicizing it in hopes of influencing the actions of General Conference. He further used the platform of being a candidate for bishop in 2016 to publicize his disagreement with church teachings.

Accordingly, Meredith was brought up on complaints by a number of clergy in West Ohio. The “just resolution” process was unable to bring a resolution to the complaints. So the evidence was turned over to a counsel for the church, who acts as the church’s prosecuting attorney to bring the complaints to a legal charge that can then form the basis for a trial.

Under church law, Meredith was charged with three offenses:

Meredith never contested the fact that he is in a same-sex marriage. The marriage license is a public record, and Meredith has promoted the fact of his marriage on Facebook and through other avenues. Being in a same-sex marriage is neither being celibate in singleness nor being faithful in a heterosexual marriage, and is thus by definition immorality according to our church law.

Judicial Council decision 1341, which found that Bishop Karen Oliveto had been potentially illegally consecrated as a bishop, found that being in a same-sex marriage constitutes self-avowal of being a practicing homosexual. The decision states, “Being legally married and living in a same-sex relationship is a public declaration containing both personal and objective elements and, therefore, constitutes self-avowal under ¶ 304.3.” Meredith could deny being a self-avowed practicing homosexual by stating such, or by testifying that his marriage does not involve sexual contact. As far as I know, he has done neither.

Yet, the West Ohio Committee on Investigation has thrown out charges one and two. The committee has effectively ignored the Discipline and decided to impose its own standard of morality, essentially declaring that there is nothing wrong with a clergyperson being in a same-sex marriage or being a self-avowed practicing homosexual.

By doing so, the committee has also weakening the third charge. If the church cannot argue that Meredith is guilty of immorality or being a self-avowed practicing homosexual, on what basis can he be accused of disobedience to the order and discipline of the church? It will make for a very weak case.

Perhaps in the interest of “unity” or to further its own agenda, the committee on investigation has gutted the accountability process in this case. The only way the church has of holding its clergy accountable to the standards they promise to live up to when they are ordained is the complaint process. Complaints can hopefully be resolved in a way that brings about reformation of behavior and the redress of harm done, while protecting the innocent. This committee decision does none of these, in fact encouraging further disobedience by other clergy in West Ohio and across the church.

And when complaints cannot be resolved, the only recourse is a fair and open trial process that allows the evidence to be openly considered and a transparent judgment made, with provision for appropriate consequences. The committee’s decision short-circuits this accountability process by summarily throwing out the very basis for the complaint against Meredith, not due to a lack of evidence, but because the committee evidently disagrees with the church’s standards.

This egregious violation of the church’s law and accountability process can be appealed. Good News hopes that such an appeal would lead to a restored process that demonstrates that the church is able to hold its clergy accountable.

If an appeal fails, this committee’s decision will demonstrate that our church is no longer governable. We will no longer be governed by laws, but by people who reserve the right to undermine or ignore requirements that they disagree with. Such an outcome would demonstrate our ever-deepening schism and could only reinforce the movement toward anarchy and the reliance on raw power in our church-values that hardly comport with being disciples of Jesus Christ, let alone leading to the (positive) transformation of the world.