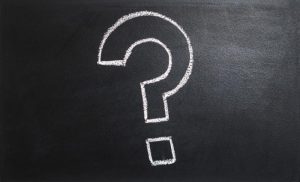 This conflict of consciences has led some to disobey the Book of Discipline. It has led others (laity, clergy, and even congregations) to leave The United Methodist Church. It has led to the filing of complaints, church trials, and the irregular setting aside of church law by church authorities.

What do we do when there is an apparently unresolvable conflict between the consciences of different individuals or groups? How do we resolve the resulting impasse?

One important principle is that people should not be forced to violate their consciences. John Wesley made this point in his sermon, Catholic Spirit. “No man can choose for, or prescribe to, another. But every one must follow the dictates of his own conscience, in simplicity and godly sincerity. He must be fully persuaded in his own mind and then act according to the best light he has. Nor has any creature power to constrain another to walk by his own rule. God has given no right to any of the children of men thus to lord it over the conscience of his brethren; but every man must judge for himself, as every man must give an account of himself to God.”

This principle of not violating conscience guides the work of the Commission on a Way Forward. It is seeking to develop proposals that give freedom to all to engage in ministry according to their conscience.

A second important principle is that conscience is not the supreme moral authority. We cannot always trust our conscience because it has been corrupted by human sinfulness. Our conscience is sometimes confused or overpowered by our feelings and desires, by our faulty reasoning, or by an unwillingness to do what we know to be right. Paul speaks about persons “whose consciences have been seared as with a hot iron” (I Timothy 4:1-2). Persistent disregard of what we know to be right and instead doing wrong can have the effect of searing the conscience and making it ineffective.

Wesley acknowledged this principle in the quote above when he says, “every man must judge for himself, as every man must give an account of himself to God.” Our consciences, too, are accountable to God. Our consciences are correct and to be followed only in so far as they coincide with the will of God. 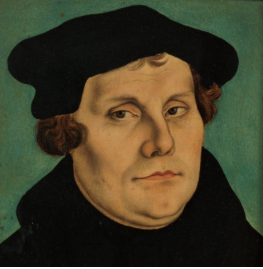 At this 500th anniversary of the Protestant Reformation and Martin Luther’s nailing of the 95 Theses on the Wittenburg cathedral door, we can learn from his understanding of the role of conscience. When he appeared in an ecclesiastical trial before the Diet of Worms, he based his position not solely on conscience, but on conscience as subject to God’s Word. Here is his famous statement:

Unless I am convinced by the testimony of the Scriptures or by clear reason (for I do not trust either in the pope or in councils alone, since it is well known that they have often erred and contradicted themselves), I am bound by the Scriptures I have quoted and my conscience is captive to the Word of God. I cannot and I will not retract anything, since it is neither safe nor right to go against conscience. I cannot do otherwise; here I stand. May God help me.

As the Rev. Dr. John L. Thompson points out in an article published in Theology Matters, “Luther’s declaration wasnot intended … as a defense of his conscience per se, much less a bold claim on behalf of worldly freedom or individualism. On the contrary, Luther was defending the utter priority of the Word of God not only as a guide for what Luther taught and wrote, but also–first and foremost–as the only possible way to know that he, Luther, still confessedly a sinner, was loved and saved by God.” (Thompson’s article on page 9 is an excellent brief overview of a theology of conscience.)

Our current culture exalts the autonomous individual as the sole and final judge of truth and reality. In contrast, Christianity recognizes the fallibility of our consciences and insists that the final moral authority is God alone, as revealed through God’s Word. With the writer to the Hebrews, we must grow in maturity as those “who by constant use [of the teachings of God’s Word] have trained themselves to distinguish good from evil” (Hebrews 5:14).